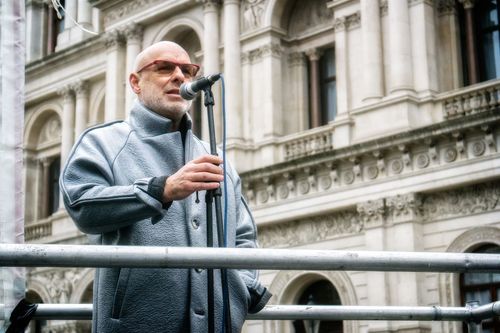 "NFTs seem to me just a way for artists to get a little piece of the action from global capitalism, our own cute little version of financialisation. "

Brian Eno is one of the most accomplished artists working today. Having given us the genre of ambient music, he also produced many of the most remarkable acts of the past 40+ years. He is also known for his sound, video, and digital art including 77 Million Paintings, which, with its generative spirit of abundance, might be the opposite of what NFTs represent.

Brian once pissed into Duchamp's famous urinal, unhappy with how the gallery world was misinterpreting Duchamp's philosophy of art. Having known Brian for some time – we both share an interest in cybernetics and the work of Stafford Beer – I reached out to him to ask his opinions about NFTs and what he makes of the broader political import of crypto.

If NFTs are really Duchamp's Readymades reversed, as the American art historian David Joselit argued in a much-discussed short essay from April 2021, what better figure to ask for answers than the man who urinated into Duchamp's Fountain?

As an artist, you’ve always reached out to economists, collaborating with Yanis Varoufakis, Mariana Mazzucato, and others. You have also been one of the earliest high-profile advocates of Universal Basic Income. Your political compass seems to be working rather well. What’s one thing about global capitalism that could help us understand the context in which crypto has become so central to the public debate?

I see a world absolutely awash with loose money and speculation because the various governments of the world, unwilling to make any serious structural changes that would threaten the present status quo, have decided to solve every problem by printing more money to throw at it. This is presumably why stocks soar when there’s an emergency like Covid – because speculators realise that a new emergency means a new infusion of money, and they know that much of it will end up in their hands.

I can understand why the people who’ve done well from NFTs are pleased, and it’s natural enough in a libertarian world to believe that something that benefits you must automatically be ‘right’ for the whole world.

There is much excitement about crypto these days, with many claims made in the name of these technologies. What do you make of their promises?

I see a set of solutions but I don’t know what problems they exist to solve other than 'How can we use these to absorb all this spare money that’s washing around?'. Most of the conversation I hear is asking the question ‘What could we do with these technologies?': which doesn’t mean 'how could we change the world into a better place?' but 'How could we turn them into money?'.

Is there much that, in your view, crypto technologies can do for artists?

As for the effects on artists, although I imagine there can and perhaps even are now interesting creative uses of crypto technologies, as yet I don’t see them. I am not sure what is being brought into the world that makes any difference to anything other than some strings of numbers moving about in some bank accounts. I want to know what is changing, what is being made different, what is helping, what is moving? I don’t see any answers to that question.

NFTs seem to me just a way for artists to get a little piece of the action from global capitalism, our own cute little version of financialisation.

Quite a lot of numbers have moved across bank accounts due to the explosion of NFTs… Isn’t it something to celebrate?

I can understand why the people who’ve done well from it are pleased, and it’s natural enough in a libertarian world to believe that something that benefits you must automatically be ‘right’ for the whole world. That belief is a version of what I call ‘automaticism’: the idea that if you leave things alone and let something or other – the market, nature, human will – take its course unimpeded you will automatically get a better result than you would by tinkering with it. The people who hold beliefs of this kind don’t have any qualms about tinkering themselves but just want a situation where nobody else gets to tinker. Especially the state.

Oddly, today's libertarianism seems to wear world-saving clothes, talking about community, decentralization, the need to disrupt entrenched institutions (including central banks) under the banner of web3. Ironically, this is also what the big platforms that we associate with Web 2.0 – Spotify for music, Uber for transportation, Airbnb for hospitality – used to say about the industries that they were disrupting.

Much of the energy behind crypto arises from the very strong need that some people feel to operate outside of a state, and therefore outside of any sort of democratic communal overview. The idea that Ayn Rand, that Nietzsche-for-Teenagers toxin, should have had her whacky ideas enshrined in a philosophy about money is what is terrifying to me. But I still don’t really understand what it is they think they’ve done. Maybe I just don’t get it!

Can NFTs be a contemporary form of Robin Hood-ism? Is it possible that artists can use these tools to divert some of the global trillions off into some more productive and humane directions?

Why don't you dabble in NFTs yourself?

I’ve been approached several times to ‘make an NFT’. So far nothing has convinced me that there is anything worth making in that arena. ‘Worth making’ for me implies bringing something into existence that adds value to the world, not just to a bank account. If I had primarily wanted to make money I would have had a different career as a different kind of person. I probably wouldn’t have chosen to be an artist. NFTs seem to me just a way for artists to get a little piece of the action from global capitalism, our own cute little version of financialisation. How sweet – now artists can become little capitalist assholes as well.

There are, however, some people on the left who say that some of these technologies could help make the current digital economy fairer. Do you agree?

Can NFTs be a contemporary form of Robin Hood-ism? Is it possible that artists can use these tools to divert some of the global trillions off into some more productive and humane directions? This is what I would like to understand, though it presents the interesting moral question as to whether clean things can be done with murky money.

All the foregoing doesn’t mention the biggest issue: that in a warming world a new technology that uses vast amounts of energy as ‘proof of work’ – that’s to say, simply to establish a certain badge of exclusivity – really is quite insane. All that energy is making nothing that we need. I know there’s ‘proof of stake’ but I don’t know if that can actually work unless everybody changes over to it. And even if it did, it doesn’t address the other issues that bother me.

There’s a lot of hype around these things right now but is there any hope we’ll get a bit more sober about them in 2022?

I am trying to keep an open mind about these questions. People I like and trust are convinced they’re the best thing since sliced bread, so I wish I could have a more positive view but right now I mainly see hustlers looking for suckers. And lots of bright-eyed artists willing to play the latter role. Forgive my cynicism… I’m not feeling too positive right now.

"Brian Eno is a British musician, composer, record producer and visual artist best known for his pioneering work in ambient music and contributions to rock, pop and electronica.  A self-described 'non-musician', Eno has helped introduce unique conceptual approaches and recording techniques to contemporary music. He has been described as one of popular music's most influential and innovative figures."

Brian has also performed as a Cyberflâneur for The Syllabus.

The link has been copied!

Yanis Varoufakis on Crypto & the Left, and Techno-Feudalism 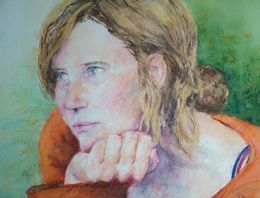