Decolonise the Blockchain & other readings on crypto

The crypto world has changed dramatically in recent months, as promises of emancipation give way to harsh reality. The second-largest NFT platform, OpenSea, has acknowledged that 80% of its products are fraud; according to some estimates, $14 billion worth of cryptocurrencies were stolen in 2021 alone. Meanwhile, on February 24, the day Russia's "special operation" in Ukraine began, the price of bitcoin dropped down to $34,000, deflating the idea that war would cause these digital assets to boom.

The Syllabus team has once again tried to highlight the logic underlying the public sphere. As everything solid fades into decentralised networks, we see NFTs continuing to drive the commodification of culture, even as bitcoin reinforces neoliberal utopianism and top-down power relations. And aside from the failed experiment in El Salvador, the advent of cryptocurrencies is pushing the transformation of geopolitics a step further – reinforcing the weight of some rising states, like China, and cementing the influence of international organisations, such as the OECD, in the field of education.

The links featured below provide an overview of the most recent critical research on the crypto sphere, diving deep into these trends and more.

Newly Minted: Non-Fungible Tokens and the Commodification of Fandom

The commodification of the NBA fan experience illustrates a shared social pressure to more readily think of one’s life, interactions, and consumptive behaviours through the lens of the investor. NFTs foster financial attitudes that normalise instability, and encourage risk-taking beyond the scope of a platform where purchase-dependent interactions drive perceptions of an electronic gold rush.

The Neoliberal Utopianism of Bitcoin and Modern Monetary Theory

After a brief survey of the older, more radical money utopias of More and Proudhon, this article traces the origins of Bitcoin and MMT in the more conventional monetary theories of metallism and chartalism. It then analyses the utopian discourse of both movements, revealing that Bitcoin sees state intervention as the only obstacle to properly functioning markets, while MMT blames disfunction on an inadequate mobilisation of labour, proposing state intervention as the remedy.

Bitcoin as a Digital Commodity

Bitcoin is not money, but rather a digital commodity that has value but no value-added. Between sectors, Bitcoin mining redistributes wealth and value-added already in existence, while Bitcoin miners with more computational power compete to appropriate the mining profits within the blockchain. The Bitcoin blockchain then creates rivalry in both the ownership and the use of the digital commodity through non-legal means.

The Bitcoin Protocol as a System of Power

By design, the protocol encompasses structures that reproduce asymmetrical constraints on the entities that comprise it. These constraining structures generate the constraining mechanisms of cost-effectiveness and deanonymisation. Rather than decentralising and distributing power across a network of numerous anonymous, trustless peers, the Bitcoin protocol has instead shifted agency from traditional actors to newly emergent ones.

Central bank digital currencies (CBDC) could become mainstream in the global market through effective regulations, which provide incentives and protection to market participants. A key factor to the success of digital currencies has been their widespread adoption. If the Chinese e-CNY were to become a mainstream currency, the introduction of CBDC could potentially offer solutions to existing problems inherent in the traditional financial systems.

By comparing Bukele’s move with El Salvador’s push to dollarise in 2001, this essay traces a comparable strategy of El Salvador’s economic and political elites, where the swap of currencies becomes a vehicle for massive accumulation at the top, while popular classes suffer.

Observing the e-renminbi as an instrument used by the Chinese state to directly intervene in its vast geographical territory, this article charts the possibilities of using monetary sovereignty and technology in service of what has been called the New Projection Economy.

Enrolling into Exclusion: African Blockchain and Decolonial Ambitions in an Evolving Finance/Security Infrastructure

Blockchain-based activities in and across the African continent must be understood within the unfolding contexts of countries subjected to financial sanctions of varying types. As the European Union, United States, and United Nations sanction China, Iran, Russia, and Venezuela, they are in a sense facilitating, rather than displacing, a colonial finance/security infrastructure.

The concept of 'weaponised interdependence' – meaning states' ability to derive bargaining advantages from global networks, through the collection of data and denial of access to others – is an ideal method for gauging the potential of the digital renminbi, which seems poised to enhance Beijing’s power in global financial markets.

Governing Techno-Futures: OECD Anticipation of Automation and the Multiplication of Managerialism

How do international organisations govern the present through claims about the coming impacts of technological change? Promises of radical, rapid, and reckless automation advanced by promoters of Bitcoin and other ‘defiant’ applications of the technology are steered towards more incremental and carefully managed forms of automation.

The link has been copied!
Next piece

Readings for the Crypto Interregnum

Inês Faria on Crypto as Ritual and Religion 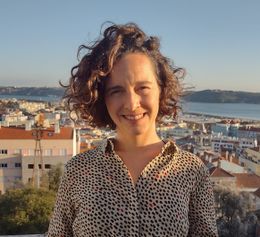